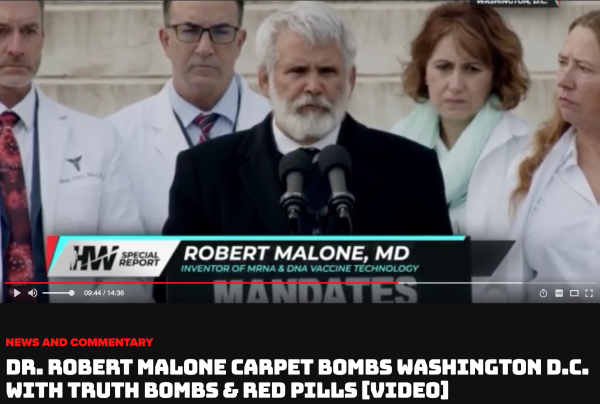 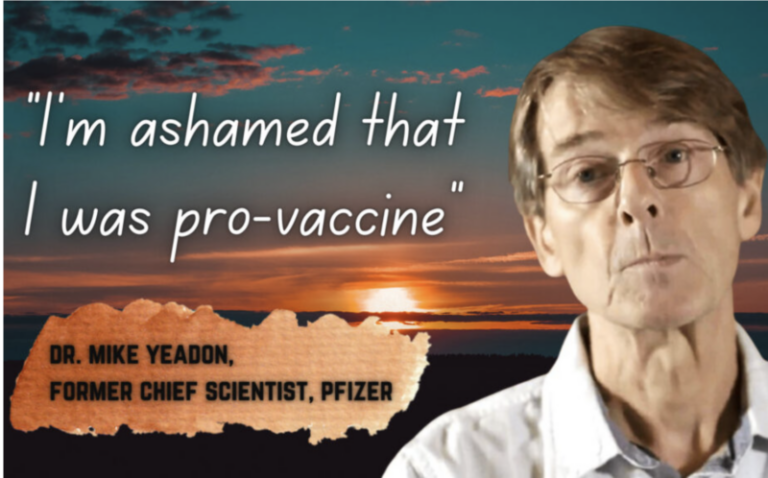 Scientist comes down to Earth

“I certainly, when I was in [the pharmaceutical] industry, I was pro-vaccine. I would say I now abstain at best. And I’m ashamed that I was pro-vaccine because I didn’t do my homework,” confessed Yeadon.

“I worked in the field of small molecules, pharmaceuticals,” he continued. “I was never in the field of biologicals, where the therapeutics that are vaccines were made. I never looked at the data. I never thought hard about it. I just accepted what I’ve been taught at school and in university. And once you start looking, you realize it’s extraordinarily questionable what’s gone on for decades.”

About to retire to his farm, horse breeding, Malone entered the fight against irresponsible pharma practices.  He remains the 'man of the hour' with daily updates on his Substack blog.

‘Develop and work to promote and implement…  resources bilaterally and  multilaterally to facilitate appropriate oversight for life sciences dual use research concern and research involving potentially pandemic and other high    consequence pathogens and manufacture and research and development globally.’

“They are doubling down, tripling down”!

The WHO PANDEMIC TREATY

("It will become supreme court of the land, binding on all medical authorities and doctors", down to the individual)

“It literally is a TOTALITARIAN MEDICAL SCIENTIFIC DICTATORSHIP for the entire world which will be set up under the auspices of the WHO which is really a front organisation for the American CDC, drug industry, big pharma, biological weapons industry and Chinese communist government.” 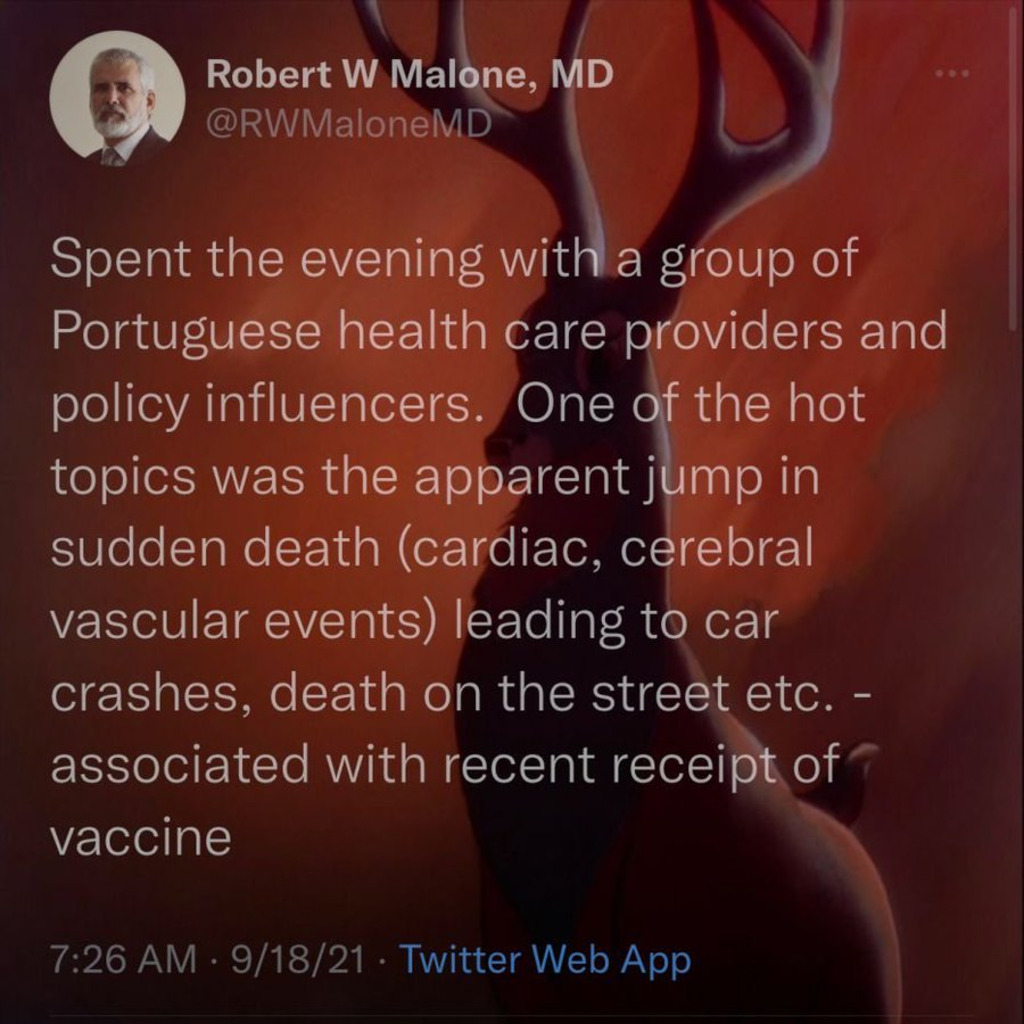 Dr Malone is the inventor of mRNA vaccines and does not believe they will be successful due to Antibody Dependent Enhancement (ADE) when a large percentage of the population are vaccinated.  In evidence to Reinner Fullmich, he stated pharma put profits first; and they were not applying the appropriate regulatory guidance on the gene therapies.

Those who 'know the science' speak with great confidence.

Flemming received no response from Pfizer when asking for vaccine info, nor ModeRNA. Everyone dependent on FDA Emergency use.  FDA CEOs also work at Pfizer, and Reuters.  Fauci committed Perjury. Flemming submitted letter to Janet Woodcock, Hd of FDA,  then received response from Paul Richards of FDA, that vaccines are completely safe. “have met FEDA’s robust standard”

Flemming laid this out in 1994 Theory of Thrombotic response.  Proof positive that they cause damage.

Dr McCullough, distinguished cardiologist, with the most papers published on Covid-19, has led the way for treatments and doctor advice since the start of Covid, when he quickly realized something was very wrong. Doctors were not communicating to find antivirals that worked. 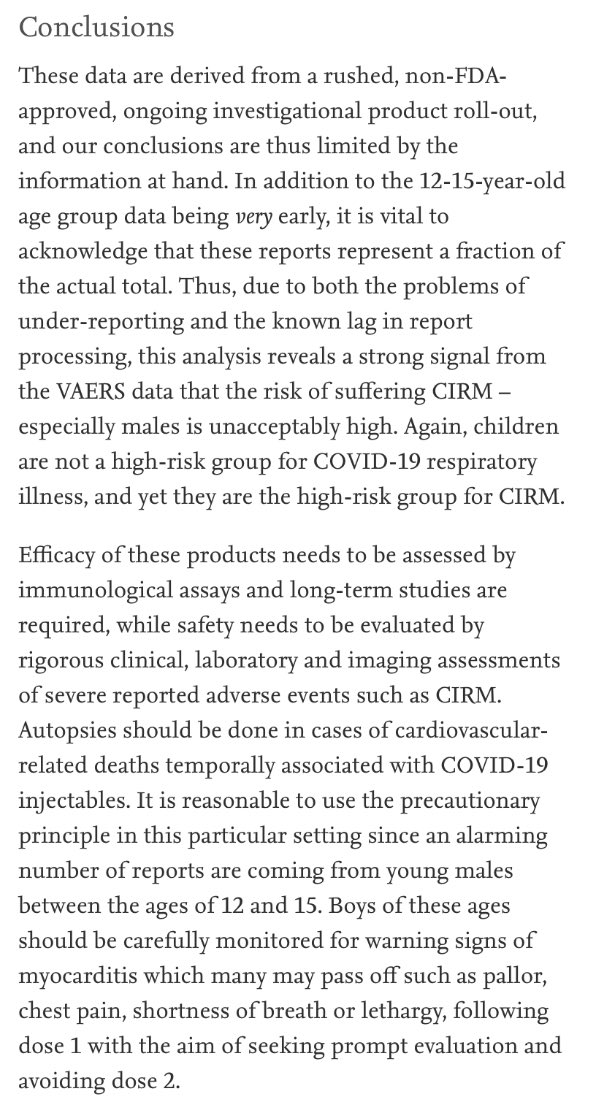 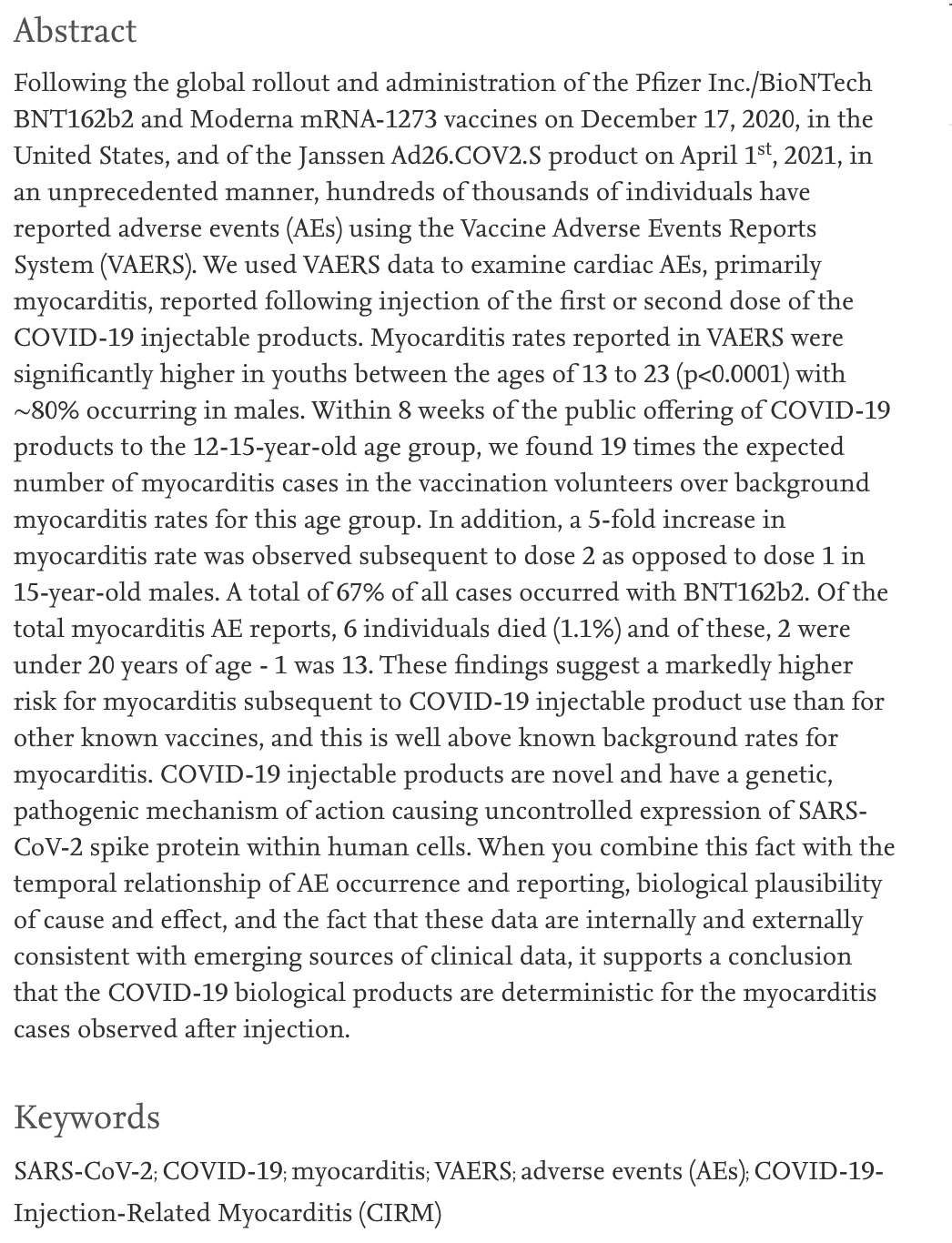 Dr. Judy Mikovits has exposed the vaccine world for its corruption with her book Plague of Corruption NYT bestseller June 2020.

She was censored and briefly imprisoned by Dr. Fauci while he despicably stole her work on HIV to present as someone else's.  Ending Plague another good read, first part by Mikovits's research partner Ruscetti, who was encouraged by Judy's authorship to express how his own career was suppressed by Fauci and Gallow through their ambitious ruthlessness, as he had to keep leaving jobs and starting elsewhere.  After reading this its clear the corruption is deep and good scientists are prevented from doing their work.

"I think there's a chance we might have done better by doing nothing at all," Gupta said. "Or at least by doing something different, which would have been to pay attention to protecting the vulnerable, to have thought about protecting the vulnerable 30 or 40 years ago when we started cutting hospital beds. The roots of this go a long, long way back."   ~  Prof. Sunetra Gupta, Oxford University

Professor Sunetra Gupta: the epidemic is on its way out. UnHerd.com/Lockdown

"It’s the biggest question in the world right now: is Covid-19 a deadly disease that only a small fraction of our populations have so far been exposed to? Or is it a much milder pandemic that a large percentage of people have already encountered and is already on its way out?" ~ Freddie Sayers - Unherd.com

It can probably be both of these, whilst also being a bioweapon creation, as many academics have attested to, affecting elderly more than others.

[June 2020] Government followed the Imperial College Model by Neil Ferguson which projected many more dead than has happened. Now many media outlets are showing evidence of this being debunked. Once they knew it was affecting elderly and those with pre-existing conditions worse, all attention should have been for them, and not to shut down the country for younger people who were either immune or had mild symptoms. Even Chris Witty said this in public.  Whether there is much point to social distancing is also up for debate.

'Months into the pandemic, there is now a growing body of evidence to support the theory that the novel coronavirus can infect blood vessels, which could explain not only the high prevalence of blood clots, strokes, and heart attacks, but also provide an answer for the diverse set of head-to-toe symptoms that have emerged.'

“All these Covid-associated complications were a mystery. We see blood clotting, we see kidney damage, we see inflammation of the heart, we see stroke, we see encephalitis [swelling of the brain],” says William Li, MD, president of the Angiogenesis Foundation. “A whole myriad of seemingly unconnected phenomena that you do not normally see with SARS or H1N1 or, frankly, most infectious diseases.”

“If you start to put all of the data together that’s emerging, it turns out that this virus is probably a vasculotropic virus, meaning that it affects the [blood vessels],” says Mandeep Mehra, MD, medical director of the Brigham and Women’s Hospital Heart and Vascular Center.

'In a paper published in April in the scientific journal The Lancet, Mehra and a team of scientists discovered that the SARS-CoV-2 virus can infect the endothelial cells that line the inside of blood vessels. Endothelial cells protect the cardiovascular system, and they release proteins that influence everything from blood clotting to the immune response. In the paper, the scientists showed damage to endothelial cells in the lungs, heart, kidneys, liver, and intestines in people with Covid-19.'

The author experienced symptoms as above in March 2020 , so was researching daily to find a diagnosis.  I empathise with the elderly if they were not given the care necessary, quick enough. Why were they sent back to care homes where they infected others and given Midazolam?  These questions will be asked for a long time... something of malfeasance when they were put on respirators when in fact Covid 19 becomes a vascular disease in some people after entering the lungs.