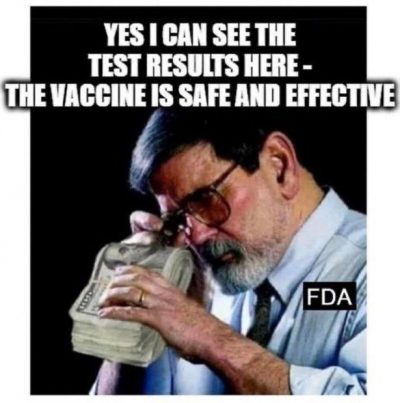 The vaccine rollout -  July 2021 - Injected 'gene therapy' for Covid-19 has been pushed at an incredible rate, globally even continuing long after a time when it would normally have been withdrawn; after many adverse reactions and deaths recorded in UK and US, but generally kept from the public media.  Despite facts pointing to concern and ceasing of mRNA vaccines, pharma continue to push.

Official figures globally [link UKC ] are now revealing many adverse reactions and even deaths from the main vaccine manufacturers.

Dr. Robert Malone: “This is the Largest Experiment Performed on Human Beings in the History of the World.” 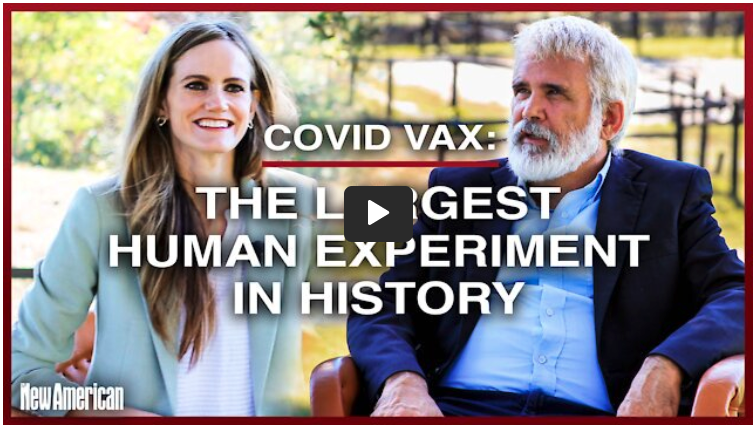 In an exclusive and explosive one-hour interview with Veronika Kyrylenko of The New American, pioneering mRNA scientist Dr. Robert Malone explains the intensely corrupt workings of the government regulatory bodies that have mismanaged the pandemic, discusses the problems with the vaccine program...

“The damage that’s caused to the heart, doesn’t go away, it scars.  Those scars create little areas in your heart which conduct electricity differently, increased risk of cardiac arythmias.”

Luciferease is protein which causes light in firefly tail. Malone worked on it in 1980s. Covid vaccine companies looked at synthetic fats which allow RNA to be introduced. Normally there would be rigorous trials done on any new chemical entities to be injected.  Not enough rigorous studies done.  Superficial experiments. In rodents.  When lucifereas injected into rodents, lipids went to the ovaries which was not followed up. (I have images of this) This was never tested.  They only looked at how many photons were detected by a camera.

Not just CDC, but also Japan and Europe regulative agencies.  Malone called them to say be careful, but they said nothing to worry about.

'They use check lists.   Often foreign graduates, not US trained.  Not English first language.  They applied vaccine check list, but not the gene therapy technology check list.  ‘A bureaucratic environment driven by check lists’

FDA and regulatory bodies work for the pharmaceutical companies.  What we have allowed to believe is that FDA and CDC represent pinnacle of overseeing science.  Allowed industry to control the regulatory process.

There is an underfunding to those monitoring safety, but the promotion people are all over the media.  The FDA has convinced US legislature to shift out of regulating drugs to pharmaceutical industry.

'The government is now lawless. Forcing people to take experimental product is illegal. Military have been given a renamed ‘licensed’ product ‘Comirnaty’ to get around not giving un-licenced vaccines. Felony changing definition.'

Theres no reason to vaccinate the children.  28m doses of vaccine acquired for children.  When US government votes on these matters, many of them have ties to pharma.

'Battleplan developed from CIA 'shop' at Jon Hopkins, trained world leaders and they are not the intellectual giants of the world; they are a bunch of bureaucrats and functionaries.  Your battle plan is only good until you encounter the enemy.  Media leadership all involved, indoctrinated to control the population.'

People sense there is something wrong, but often don’t have the words to express what’s going on.  The management coming from the top doesn’t fit with what they know to be the ground truth.

Malone is convinced that both Fauci and Gates have distorted views of he world.

Theres a hole in the Bioweapons Treaty.  A Treaty to stop Russian invasion prohibits lethal agents, but not incapacitating agents.  Agents such as Equineneophalitis aerosols - give brain infection.  Sick enough not to fight.

New wars are about special ops and strikes by drones.  A whole spectrum of drones.  Concerns for consumer drones as assassination drones.  Its possible to engineer pathogens with will selectively target different ethnic groups.  The new reality.

RNA technique makes it possible to customise vaccines fast. Transformational for medicine and cancer, and also for military forces.

The pentagon is using AI 'Project Salus' to document adverse reaction statistics.  Humetrix website removed their page with 17 slides of information; see the saved PDFs on Natural News.  I have all the slides in which Salus gives proof of Antibody Dependent Enhancement (ADE): Immunity becomes weaker in vaccinated.  ADE is shown to be happening just as doctors Malone and Bosche predicted.  Negative side effects may get worse over time, just as Dr. Sherri Tenpenny predicted.  [add side column videos] Only natural immunity as a recoveree gives good protection, at least 12 times the vaccinated.  SUMMARY REPORT below. 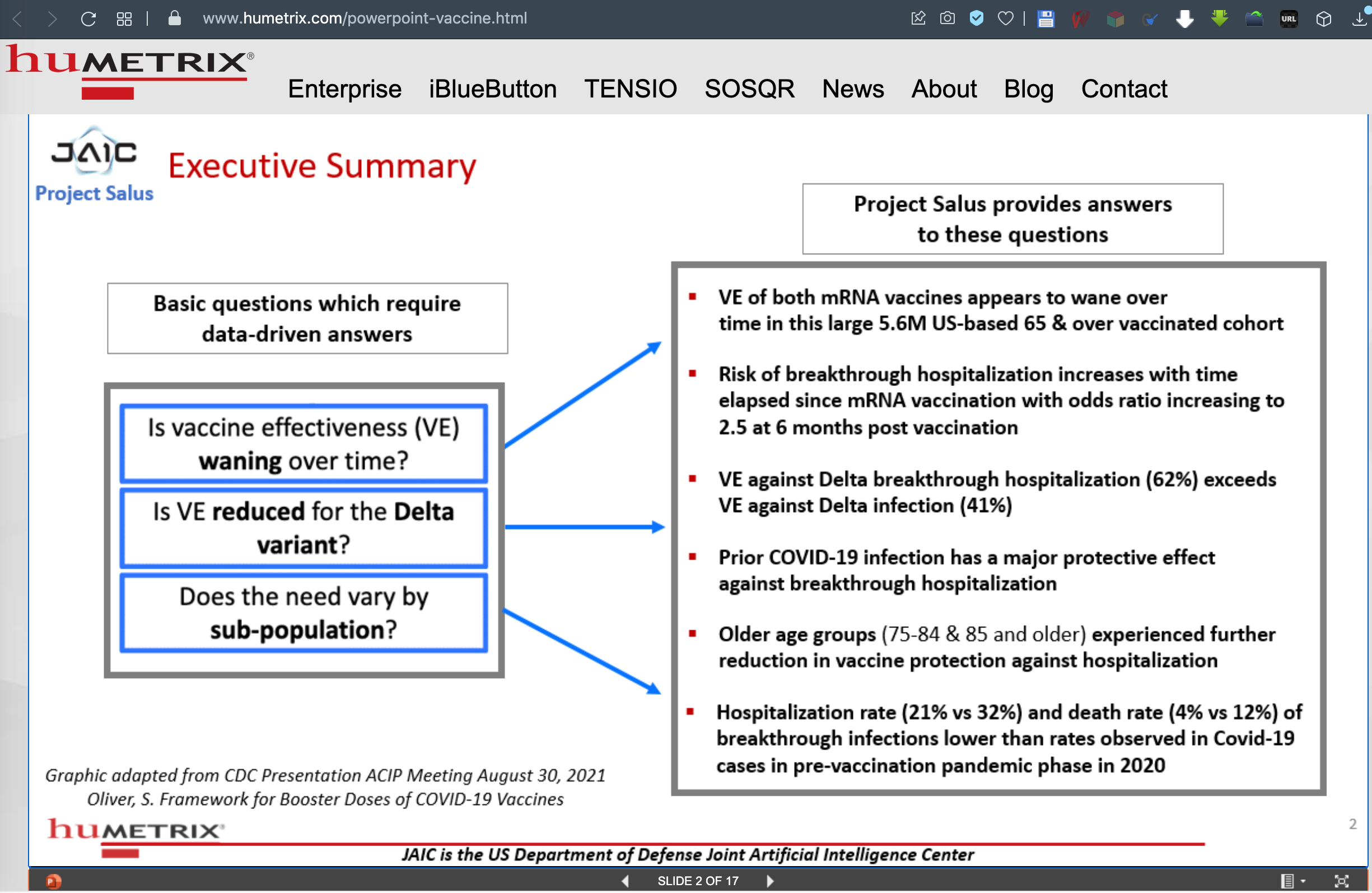 The persistent push of vaccines is causing people to investigate pharma and its well known representative, Bill Gates.

"Who is Bill Gates? A software developer? A businessman? A philanthropist? A global health expert? This question, once merely academic, is becoming a very real question for those who are beginning to realize that Gates' unimaginable wealth has been used to gain control over every corner of the fields of public health, medical research and vaccine development. And now that we are presented with the very problem that Gates has been talking about for years, we will soon find that this software developer with no medical training is going to leverage that wealth into control over the fates of billions of people".

The Pseudoscience of Vaccines

There is a great interest in vaccines in 2020, specifically the Gates Foundation, now we are faced with a global determination to produce and implement a vaccine for the novel Coronavirus so called 'Covid-19' as SARS-Cov-2.   Such new vaccines are totally unproven, despite the criminal record of all major big pharma vaccine corporations, for which they remain immune from prosecution, written into law since 1986. Bill Gates has even said manufacturers will need governmental assurance of indemnity from damage claims, while admitting there will be harm caused to as many as 700,000 people.

mRNA vaccines are new and trick the body intro producing some of the vital proteins itself, by re-writing the DNA inside a cell. Any new Corona vaccine will be re-writing our DNA thereby changing the epigenetics of future generations.

"In legal theory vaccines are recognised as being unavoidably unsafe"  Report Banned.video.

"The 1955 'The Cutter Incident' polio vaccination paralysed 200 children with 10 fatalities. Today the majority of polio cases are caused by the polio vaccine. Numerous vaccine damaged victims have been recorded and vaccine manufacturers had to pay out damages.  Vaccine companies were given legal liability protection. During the seven-year period 1978-84, the average amount claimed per suit has risen from $10 million to $46.5 million.  In 1986 the National Childhood Vaccine Injury Act gave vaccine companies legal liability protection against law suits, creating a gold-rush for big pharma.  A new vaccine registered under the CDC (Center for Disease Control) was worth $1 billion per year for manufacturer.  Diseases have increased though. MERCK, PFIZER, SANOFI, GLAXO SMITH KLINE are all convicted of crimes involving falsifying science and defrauding regulators and killing hundreds of thousands of people. yet they continue to make billions from selling their experimental mandatory vaccines."

There have been global doubts about vaccines for decades.  James Corbett outlines some history...  Corbett Report website

The global vaccine plan is run by the GAVI Alliance... utilising countries that have signed up to take new vaccines, by paying in advance.  Countries have leapt to donate $millions to GAVI to solve coronavirus.

Coalition for epidemic preparedness CEPI (Japan, Norway, Germany, Wellcome Trust) is preparing ‘rapid development and deployment of vaccines’, a big push to have in place vaccine plan for any pandemic.

When The Center for Global Development formed a working group “to develop a practical approach to the vaccine challenge”, they concluded that the best way to incentivise pharmaceutical companies to develop vaccines for the third world was for governments to promise to buy vaccines before they were even developed, in their report “Making Markets for Vaccines”. Third world countries have Insufficient research funds and development capacity. So Gates GAVI The Vaccine Alliance was there to sponsor $1,500,000,000 in partnership with World Bank, and vaccine manufacturers. Stated goal was “This includes introducing new vaccines into the routine schedules of national immunisation programmes” and to engage in “market shaping efforts”.

“When you ramp up production with companies involved you do that at risk, you don't wait until you get an answer before you start manufacturing. You assume it will work." ~  Anthony Fauci

'mRNA concept for Corona injects the RNA molecule that codes for the spike protein.. makes your cell do the work that creates the viral protein that is going to be recognised by your immune system and trigger the development of these antibodies' (Corbett) ... “a relatively new unproven technology and there is still no example of RNA vaccine that has been deployed worldwide in the way that we need for the Coronavirus." There is a possibility for unknown adverse effects.

It has been known that some vaccinations enhance or cause the disease vaccinated against. ‘Immune enhancement phenomena’ ~ Dr. Hotez

Such a new rushed through vaccine is “One of the most dangerous experiments in the history of the world”. The public is being asked to accept this without question. Even Gates acknowledges the risks of such a project, but instead of being concerned about any damage to the global population, he is more concerned that the pharmaceutical companies and the researchers are given legal immunity for any such damage.

The Dept. of Health and Human Services, USA, has created the immunity from prosecution framework:  Issued March 17 but retroactively goes back to February 4th 2020.

Gates Foundation's ‘decade of vaccines’  has an appalling record, even criminal.  In India, adverse events resulted in 7 girls deaths, gross violations of consent, and the Indian government concluded Gates had been involved in a scheme to encourage healthy markets for GLAXO SMITH KLINE and MERCK, those companies who had so generously donated ‘Gardasil’ and ‘Cervarix’  for use in the trial.

“Had PATH been successful in getting the HPV vaccine included in the universal immunisation program of the concerned countries, this would have generated wind fall profit for the manufacturers by way of automatic sale, year after year, without any promotional or marketing expenses”. ~  Report by Parliament of India

“It is well known that once introduced into the immunisation program it becomes politically impossible to stop any vaccination”.

“It is shocking to see how an American organisation used surreptitious methods to establish itself in India” ~ Dr. C M Gulhati

“This is an obvious case where Indians were being used as guinea pigs” ~ Dr. Samiran Mundy, Editor Emeritus/NMJI

Even WHO director of malaria program Dr. Arata Kochi, complained in an internal memo that Gates influence meant that the world’s leading malaria scientists were...

“locked up in a cartel with their own research funding being linked to those of others within the group” and “was stifling debate on the best ways to treat and combat malaria, prioritising only those methods that relied on new technology or developing new drugs”.~ Dr. Arata Kochi

The use of Foundation funds to set public policy to drive up corporate profits is not a secret conspiracy, it is a perfectly open one. Kochi’s complaint 2008 highlights the most common complaint that the public health industry has become a racket run by and for big pharma and its partners for the development of big business.

Bill Gates Calls for a “Digital Certificate” to Identify Who Received COVID-19 Vaccine.

'This concept of a “digital certificate” to store medical information (including vaccines received) and to grant access to rights or services was not a mere suggestion. It is part of a massive project that is propelled by a powerful group called ID2020 which is backed by the United Nations, the Rockefeller Foundation and … Bill Gates’ Microsoft. 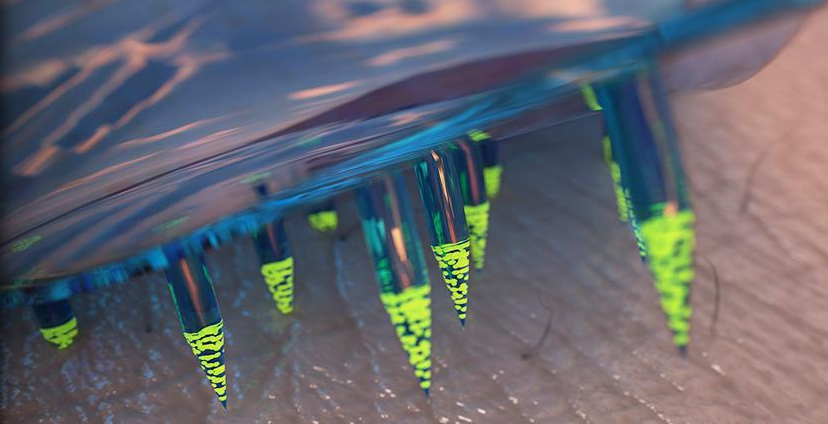 'The invisible “tattoo” accompanying the vaccine is a pattern made up of minuscule quantum dots - tiny semiconducting crystals that reflect light - that glows under infrared light. The pattern - and vaccine - gets delivered into the skin using hi-tech dissolvable micro-needles made of a mixture of polymers and sugar.'