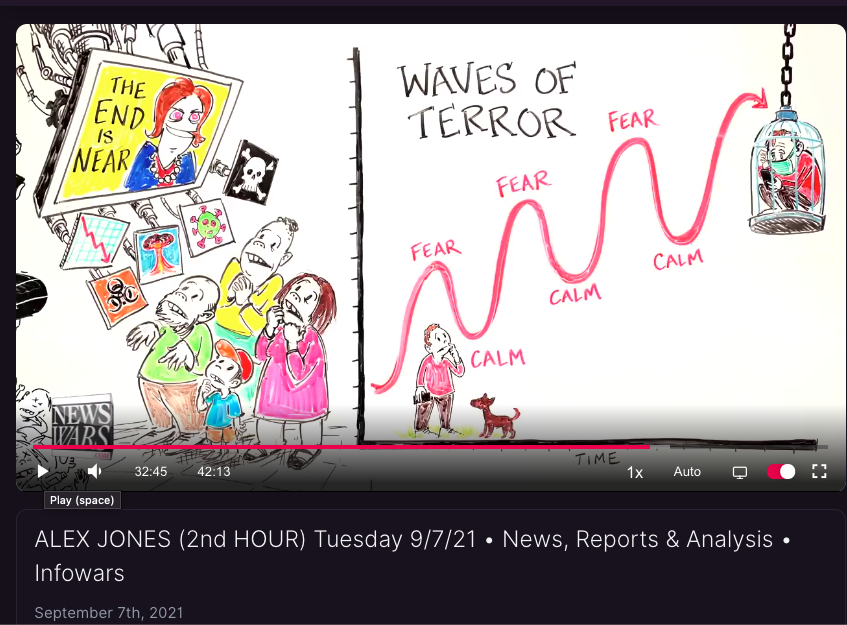 Many are considering, two years later, whether lockdowns were the right answer to a disease which killed mainly the elderly with co-morbidities. Images of lockdowns in China were  purposefully used to frighten people.  Many businesses have been ruined as a result.

November 2021 Update:  The fact that our government don't condemn actions in Austria to lockdown the unvaccinated, reveals they are complicit in the global agenda.

What Happened: Dr. Jay Bhattacharya on 19 Months of COVID

Hoover Inst. alumni discussion with Battacharya is a  disappointing and cautious conversion, at peak point of mandatory vaccines being decided on as law in America. Where were all the points exposed by other great online journalists?    Do the experts not even see them due to censorship?  [Mandate was rejected]

They should have stuck to just 'lockdowns' philosophy as social engineering, as no other up to date medical knowledge nor statistics were sited in questioning the whole pandemic response.  Dr Jay Bhattacharya makes good argument that 'lockdowns' were a poor decision as its not worth jeopardising society when only elderly were originally affected.  I doubt any bioweapon can be avoided if aerosolized.  See first video Bhattacharya interviewed alone in Uncommon Knowledge.)

In debating the rights and wrong of the pandemic response, many questions were not asked:

Who was in control of 'pandemic' decision?  Was it Imperial College in UK (where Wuhan flights were not banned as Trump did)?  Why was the definition of pandemic changed a few years earlier by the WHO so it needn't include many deaths?  Who coerced all nations into the theatre of Wuhan lockdown (never done before)?  In 2020 the WHO (for all their other crimes) declared lockdowns not the right response.

Why did America (and other countries) follow the WHO guideline to record all deaths as 'covid' if had any symptoms similar?  Interesting to note that a Stanford test was not allowed by CDC.  The bogus tests (proven unworthy as they detect all manner of coronavirus 'colds' debris on high cycles) were brought in to claim 'death' numbers for those dying 'with covid'.

Where was mention of Dr Malone, mRNA inventor, now opposed to the vaccines being mass rolled out causing Antibody Dependent Enhancement ADE (cross variant loss of immunity) in high ratio jabbed populations like Israel; probably UK too now).  Vaccines are an obvious profit maker but that was not discussed, nor why it costs $trillions to develop them; nor if they had the format already developed by modeRNA, a Fauci funded company that never made a profit until their mRNA vaccine rollout.

Was Niall Ferguson playing devils' advocate when considering vaccinating his 9 yr old to avoid mask wearing, even with so many adverse reactions and deaths?  Why is he sending his kid to a school demanding masks, proven very dangerous for children?  He has surely seen the information or figures.

Until the American establishment is prepared to discus inconvenient truths the despots in corporate pharmaceuticals will continue to control governments world wide.  Ferguson, however, made excellent point about authorities acting more like historical Catholic dictatorship! The vax compliant are good covid cult sheeple.

Other Hoover Institute videos have shown they have some support for Trump's work against the Chi-Comm takeover of America, so I do wonder if this chat was to back his 'operation warpspeed' roll out in preparation for re-election.  He can of course during his '2nd administration' say he had no knowledge of the likelihood of adverse reactions and deaths, or that he assessed at the time it was a risk worth taking, now that Gates has openly stated "the deaths are horrific".