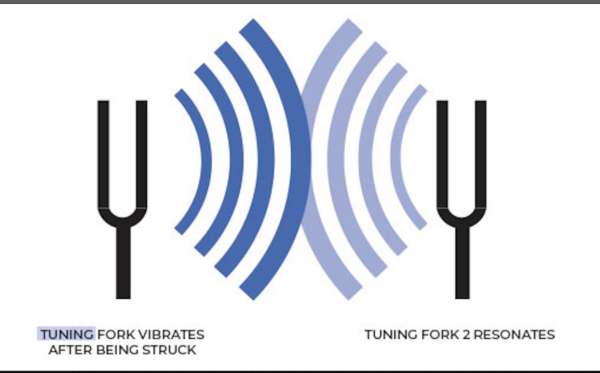 Dr. Robert O. Young shares his research at the BioMed Expo in Las Vegas, Nevada on, "All of Humanity at Risk - Transfection of Graphene & Parasites Activated by 3, 4 & 5G Pulsating EMF!"

Dr. Robert Young - scientist, dietary and blood specialist, is convinced that the graphene in mRNA 'vaccines' is amplified among populations and synchronised via 'sympathetic resonance' technology.  Note how the pendulums started at different times all sync to the same frequency.  his is what will happen with people with implanted biotech to be controlled with Ghz 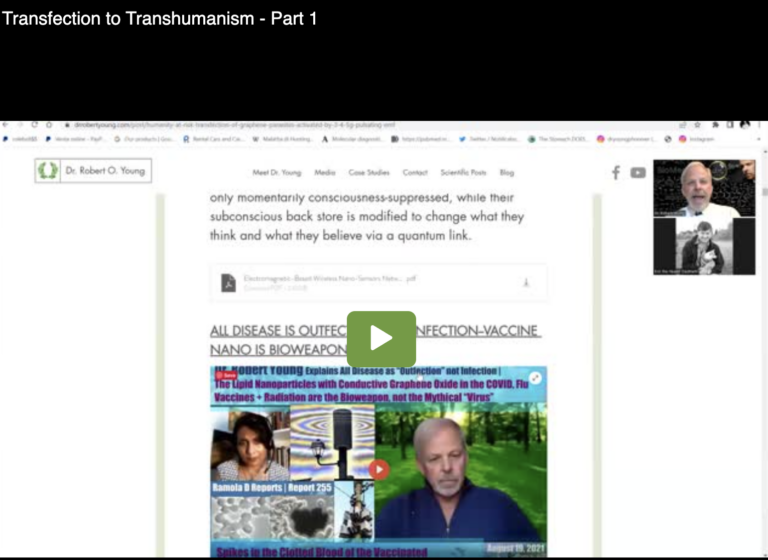 "Transfection has many vectors.   The major platform is graphene which converts inside body to graphene oxide, which has a tremendous negative surface charge."   Dr Robert Young

Cell towers are another he discusses.

'trans' (meaning to cross) from one source to another source, and altering the delicate Ph balance of the body, which is affecting the cell membrane.  Mosquitos carry this technology, an inoculation which is polluting the environment.  Jabbed, or aerosoled, they’re putting it in everything; nutritional supplements, lotions, cosmetics.  Skin does not protect you from nano technology.  They will activate at 3G, 4G and 5G (60ghz) 41.3 ghz quantum link - link to your human body, which lead to lost control of body.

"Elites want to control entire populations.  Their ideology was used when Caan slew Abel.  He took everything that Abel had.  "You shall know them by their words and their deeds".  You can murder to get gain."

Translate 'virus' from latin it is a poison.  Cancer up by 143,000%.  People who have been injured or lost their lives have been events from a lack of perception, in step lock (lockstep)  Refers to Dr Young's article 'All of Humanity at Risk'…

“Its easier to convince people than to convince them they have been fooled.  The enemy is not who you think it is.  Not Russia nor Ukraine; only a deception to create discord amongst humanity.  There is good in everyone, but evil is orchestrated by governments."

Dr Young found a paper in the University of Paris in 1999:  'The origin of all living beings' by Antoine Beshamp, born in C19th. Paper is now translated into English. ‘The blood, the 3rd Anatomical Element’ and 'Les microzimees ? "intelligent matter that makes up every cell, all creatures and humans then physically to abide in".  The cell does not determine your destiny.

Reduced graphene is different from every other material known; the platform on which other toxins are being delivered, such as aluminium, titanium, dioxides.  Multifaceted nano particulates, in water, food, baby food, nutrition drops. etc. Know the source.  All the technology is in place.  The technocrats, eugenicists and corrupt governments are using this. 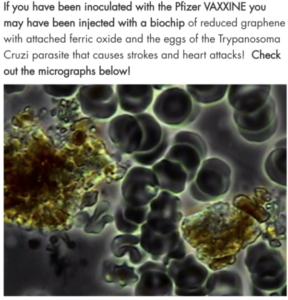 At the interstitial level it contains some level of reduced graphene.  We must protect ourselves.  Activated at 2.4gH.  Will BOIL the interstitial fluids.  …released as a direct energy weapon; because of Starlink, cell towers, (ability to deliver within 25mile radius)  -  26gH sympathetic resonance.

The graphene acts as the antenna to others. A syncing of frequencies (sympathetic resonance) which can then cause harm, via transmission of electro radiation in crowds of vaccinated.!!

Graphene is a foundational element picked up by cell towers as they are transmitting.   No viral transmission, but transmission of EMF, affecting the non carriers of this graphene.  Graphene oxide can act as a two way transducer of quantum percolation energy on an atom to atom basis.  Direct energy weapons seen in people who turn around, flail their arms, then collapse.

The identification of Tryponosoma Parasites in the Pfizer Vaccine. Vaccines were frozen so the Tryponosoma cruz parasites did not hatch before injection.  A genetically modified parasite. 70% infected in western hemisphere. 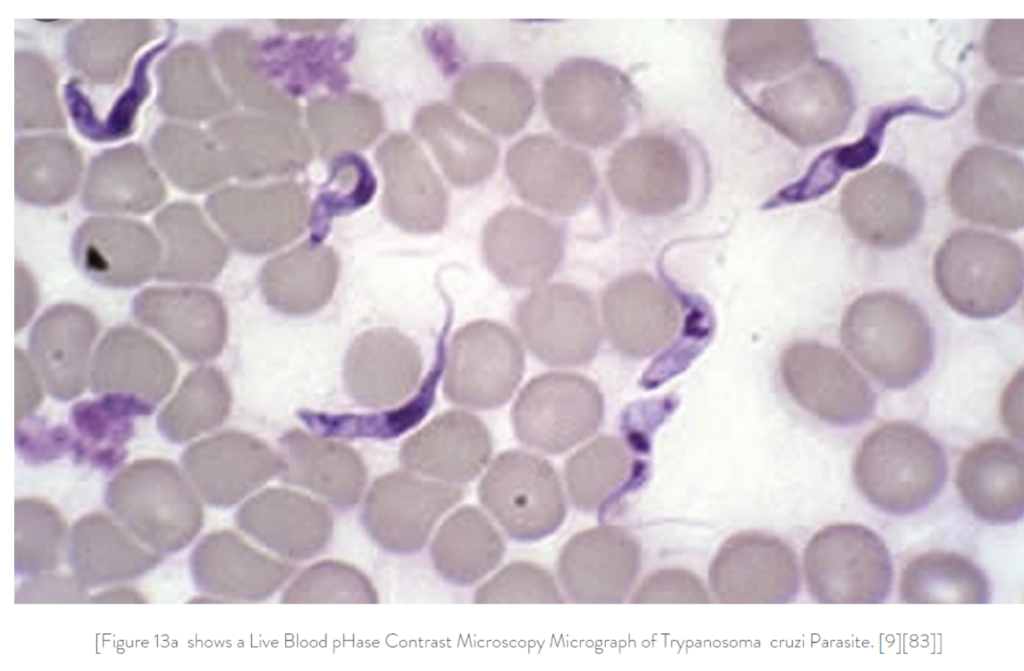 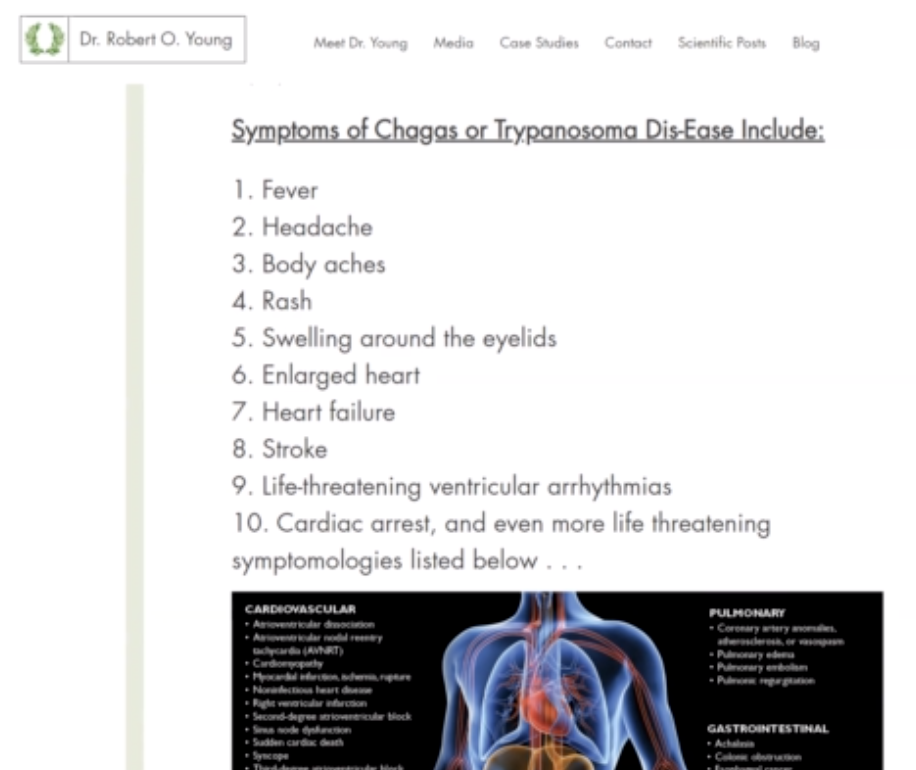 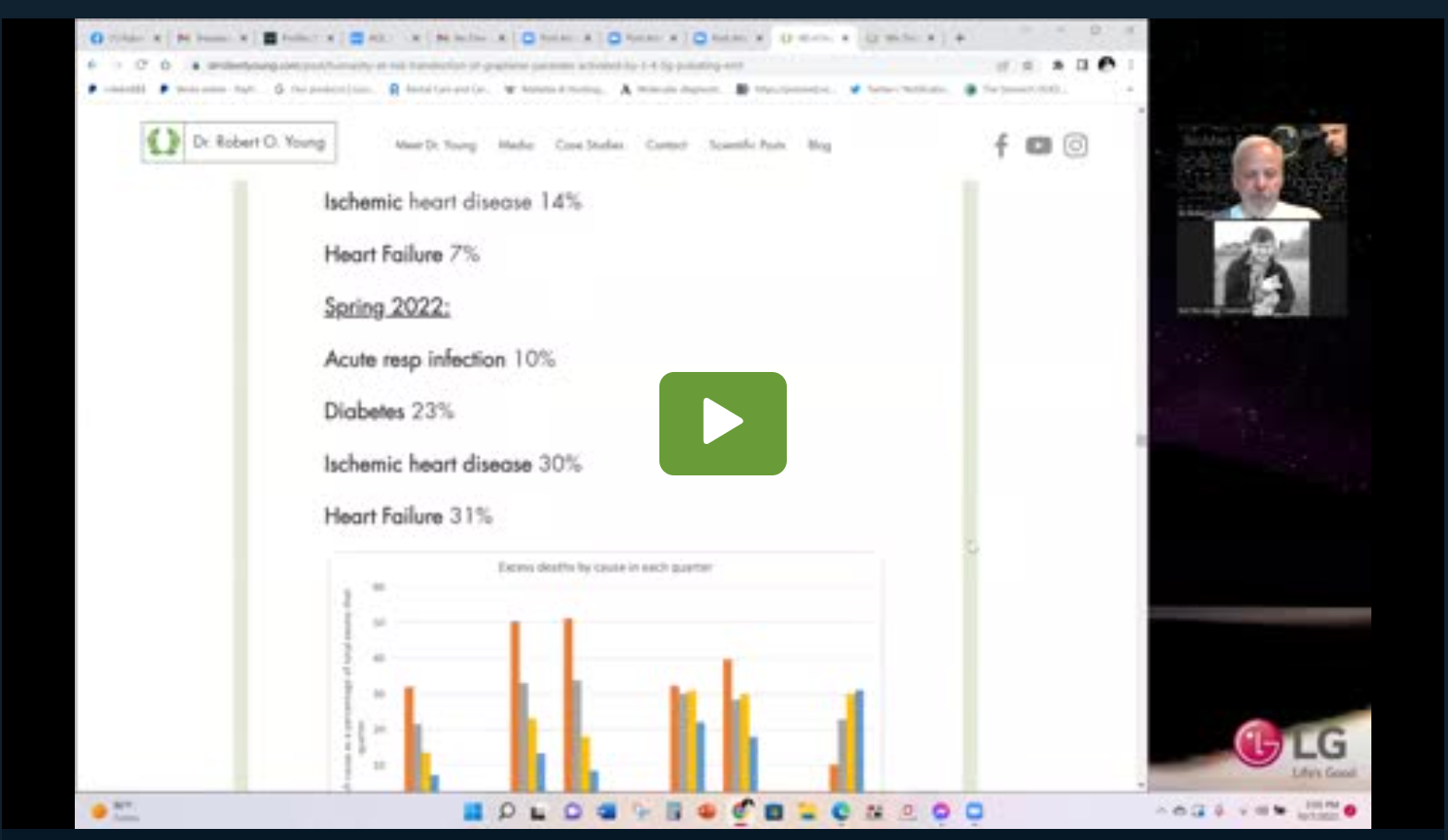 From his blog on screeen: "What is causing excess deaths:  chemical poisoning coupled with radiation".  REVERSED percentages of excess death causes in statistics 2020 vs 2022:  Dr Young says the total matrix of 2Bn inoculations worldwide.

Technology is aiming towards a "complete consciousness takeover" 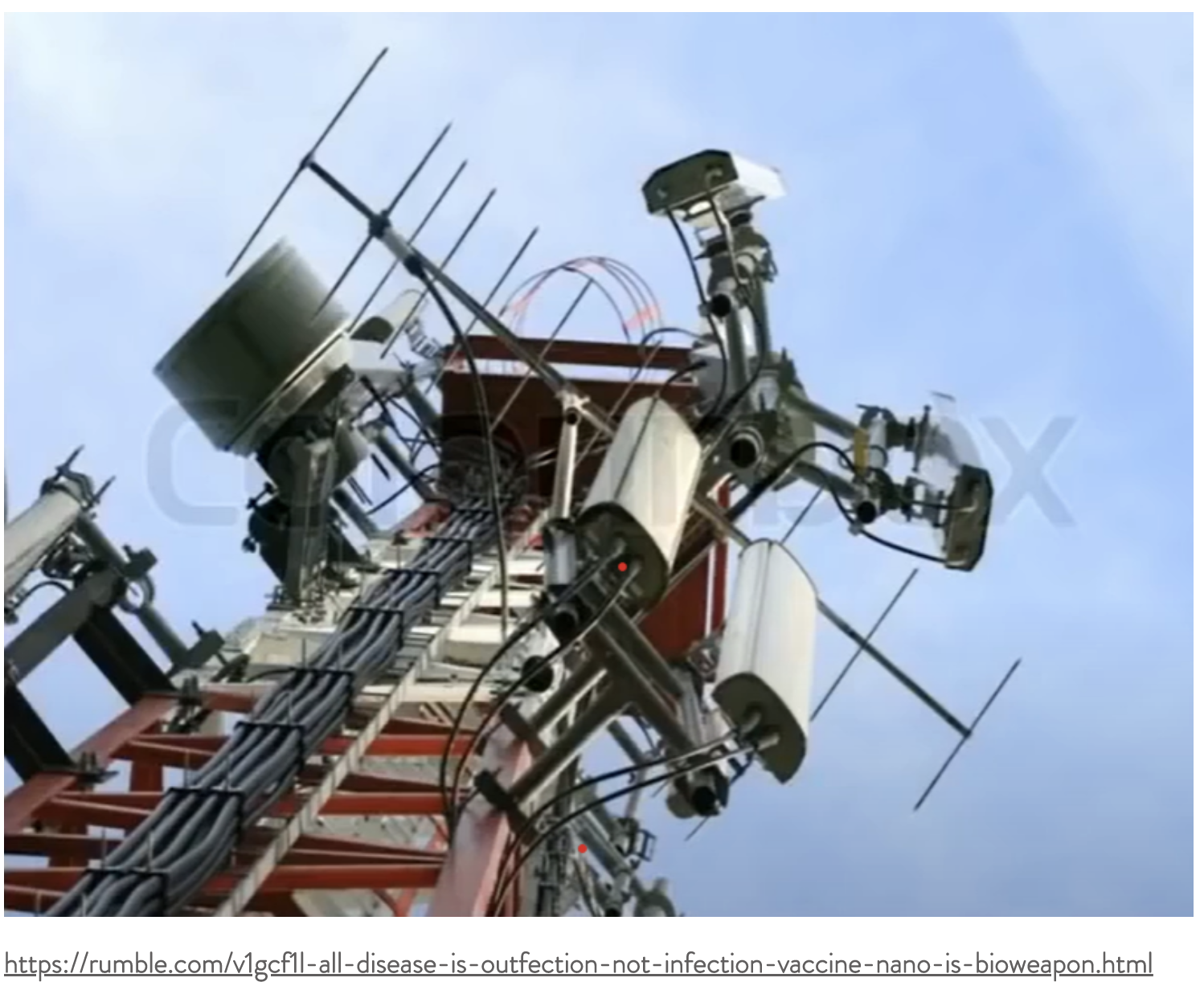 Central to this are cell towers ("death towers") whose power far exceeds that needed for transmitting data.

A bioweapon that can isolate and fry an individual or an entire community within 25 miles.

"for remote contact tracing of vaccinated humans worldwide by quantum link of pulsating microwave frequencies at 2.4gHz or higher from death towers and satellites directly to the graphene ferric oxide held in the fatty and/or connective tissues of all persons inoculated with Pfizer, Moderna, AstraZeneca and J&H COVaids VAXXines." Dr Young 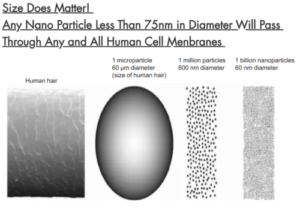 The nanotechnology has become a billionaire industry with multiple potential applications on human beings; however, experimentation in humans is high risk, for that reason, the transnational nanotechnology companies would be resorting to criminal methods like the organized crime to achieve that purpose. Thus, mafias of nanotechnology, “nanomafias”, would being created, mainly in Latin America, which would be multiplying vertiginously due to several factors like the ignorance in society regarding the use of nanotechnology as criminal weapon, the “invisibility” of this mafia for being used as its tool, the wifi, its economic power, the extortion with the Brain net, the silence and participation of the press and the health unions, the media disinformation campaign, its world interconnection, being an organized crime and the possible participation of authorities of the national police, the prosecutor’s office and the judiciary, and the intelligence services. Nanomafia aims to become the greatest organized crime network in the world, therefore, the world society shall know, be alert and report the crimes committed by this nanomafia.

Mosquitos are also a transvector of the nano platforms to install an antenna and a transmitter.

[Check Young's links' not related to each other]

[Add: Image of interstitial fluids around every cell.]