Technocretins like to mimic the 'Word' in their self delusional supremacy of technology.  The techtopians aim to incorporate an ungodly ‘godliness’ to their surveillance and control creations.  5G boost antenna positioning, which forms a 'natural' FLOWER OF LIFE, is an abuse of nature.  Larger scales could mean total mind control or or an inability to communicate.

Rockefeller's "100 'smart' cities" will be dangerous high frequency zones where those seeking success and power will be forced to enter.  People evading, staying outside the 5G zones, will become the new 'homesteaders', trading food 'MadMax' style. We're moving into sci-fi!  [Expand on]

The RF previously used has a long range wavelength; isn’t really damaging, as dissipates over distances.  5G has a tighter waveform, millimetre waves with closer wave troughs.  Installations will be close by, not far away on a tower, so will affect our cellular membranes. 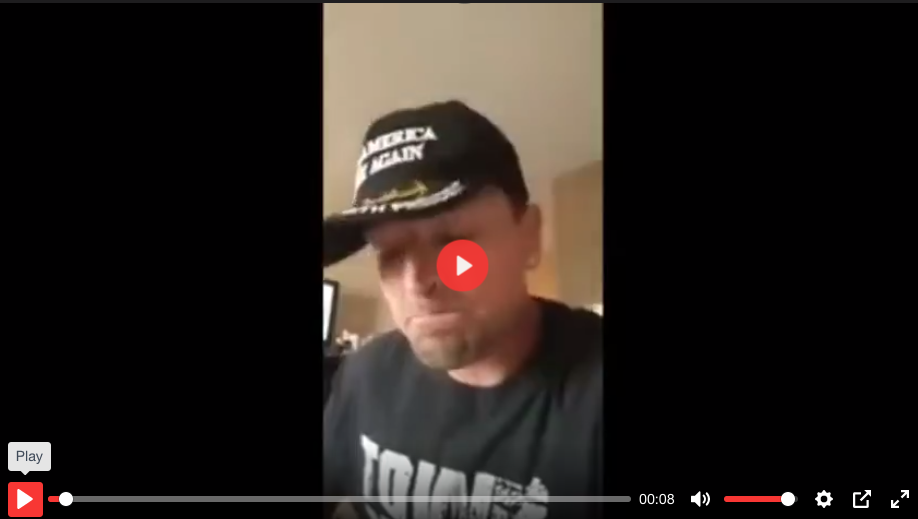 "Dear Folks, I am in telecom.   The only suggestion I can give is to avoid 5G.  If you don't have VoLTE at your operator try to avoid 4G too (if no VoLTE your devices will fall back from 4G to 3G for voice calls anyways).  3G and HSPA+ gives more than enough speed, as you need less than 10 Mbit/s to steam in 1080p HDMI ):  it is not that 3G is healthy, but not that damaging). But if you want to have your light bulb, your washing machine and your ashtray to report you their status every 5 minutes while you are not at home, so be it.  The price is your health and your money and privacy of course. There is a network exposure function in 5G, which allows operators to sell data about your every action in the network without querying your device, so you cannot even disable it (I strongly doubt, that disabling nowadays means you really block the data and wonder why Facebook is so interested in this function). No health related studies, though 4G is under testing for more than 10 years and 5G is just a facelift, pushing up frequencies for more bandwidth to have more users. With the frequency increase more power is needed to reach same quality for the beam towards the device; as the wavelength shortens, the penetrating capability of the beam decreases. Your head (or any other body parts) can be one obstacle for the beam, so if it is between the device and the antenna the system increases the power. Welcome into the microwave oven. They say it is still very low energy, but having it 24/7/365 is like putting the soup in to the mw oven for 5 minutes. Try and see what happens. I wish profit would drive healthy solutions not just more profit." (Notes from Barrie Trower, EMF warfare expert on YouTube Channel) 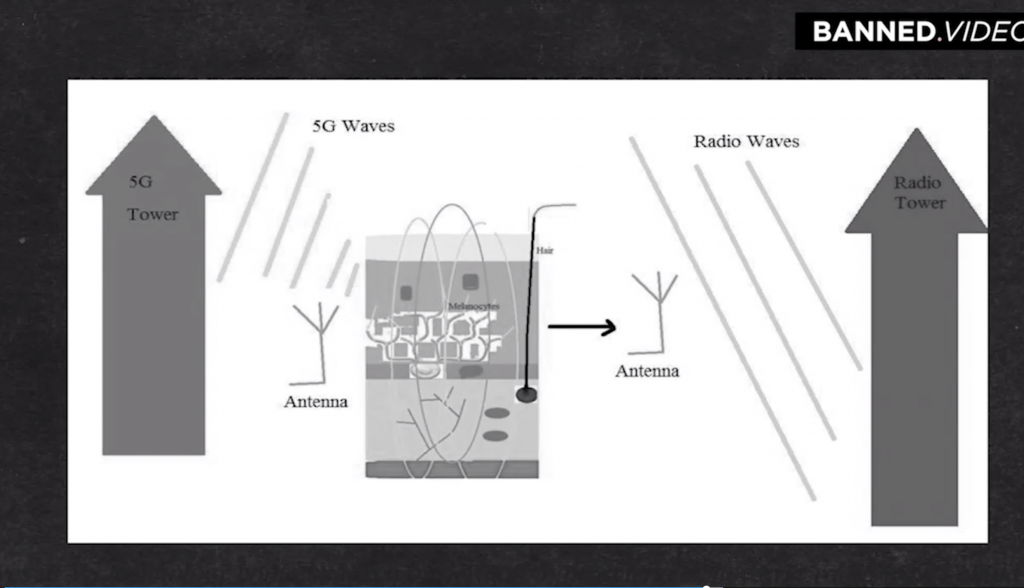 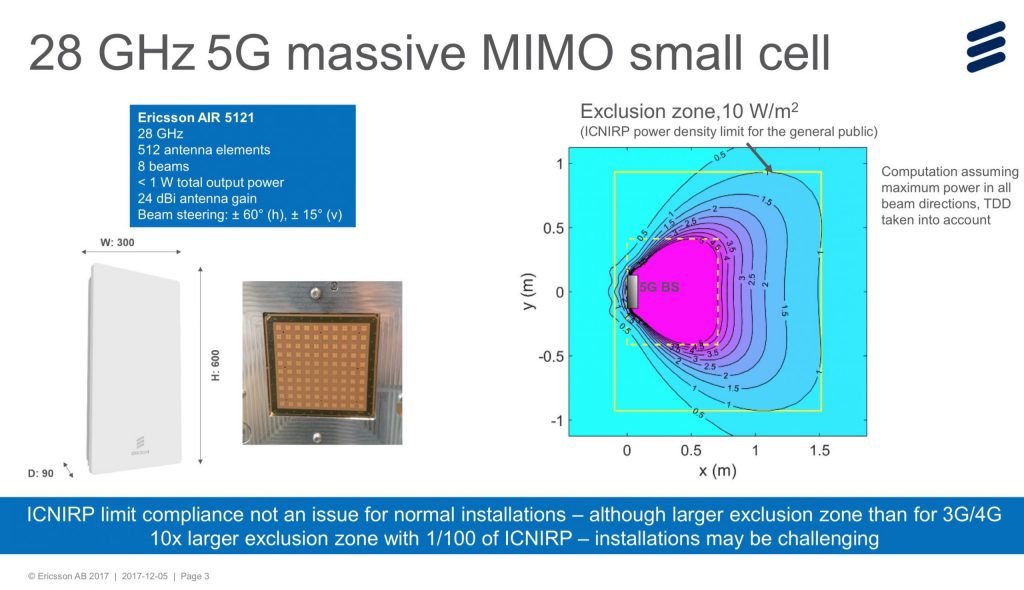 5G is not just an upgrade of wireless infrastructure; but it is above all a huge step towards the construction and installation of a total technological control grid.

Many people encourage 5G progress at all costs for ease and speed (now give me more gigabit so that I can download faster!). People appreciate this foolishness with regard to privacy, safety and health!

The expansion of the 5G network also requires the construction of more masts in urban areas. In this way, the scientists reason, nobody escapes the potentially harmful effects of radiation. We are already exposed to 2G, 3G, 4G and wifi radiation.

And yes, what you hear very few about is that this network is of course the 'wet dream' of oppressors, also present on this Earth. A super-intelligent plan to get the world population in with a 'personal computer' and to be able to reach ANY INDIVIDUAL (known by IP address) with anonymous, unreadable electromagnetic information.

Truly true if 5G is there immediately, then that is the end of every organic being here on earth. We currently operate in a range of less than 6 Ghz, which can cause vibrations to atoms, 5G can send up to 400 Ghz, and millimeter waves are directly absorbed by organic substances, including us. This will warm up your sweat glands and your nervous system. In addition, it causes mutations such as cancer. It also destroys the molecular structure of organic food. Dear people, they create a security roster that nobody can escape from.   Source:

New communications technology is introduced with no proper debate as to health effects (neither was 3G, 4G), despite it being known that even 4G has detrimental effects.  Operation on this new higher frequency electromagnetic spectrum range has never been evaluated for how it will impact humans or animals and the environment.

People’s exposures to EMFs (electromagnetic frequencies) have been known to result in, for examples, neurological effects, brain tumours, learning difficulties, nervous, hormonal and behavioural problems… It has been said that the same will happen with 5G technology. What about children? They are more susceptible than adults because their smaller bodies take in higher EMF radiation. Thus, if allowed, 5G will be another addition to the list of silent killers associated with deceptively harmful technology.

40-60GHz. Millimetre waves can have completely different biological effects. They have been used as military weapons! Armies have directed high intensity millimetre waves on the enemy, causing them the sensation of skin burn while also affecting sweat ducts. Further, for some years, low intensity millimetre devices have been used in Russia for therapeutic treatment, to alter the patient’s cell metabolism…

The WHO issue no warnings on their site as its a trillion dollar business.  5G was rolled out in Wuhan, Northern Italy and UK before Coronavirus.  5G technology and induction of coronavirus in skin cells  June 2020:  if your cells have been affected by 5G they form a corona like shape, some say the virus is like the exosome.

5G  In Gateshead, a town in Northern England, citizens are reporting an array of disturbing side effects including insomnia, nosebleeds and even stillbirth.

“We are seeing babies dying in the womb as these transmitters are situated outside people’s bedroom windows. It’s a humanitarian crisis,” Steele reportedly commented.

Warnke believes that EMF radiation “causes disruption to the body’s nitrogen monoxide system, which keeps cells healthy and controls gene expression,” but he’s not the only one.

'As usual, government officials are already engaging in full disaster-control, publicly decrying any health risks that may be linked to their radiation-emitting streetlights. In a Facebook post, Gateshead Council declared that “certain individuals are frightening local people with false stories” about the threat of EMF radiation.

As is typical, uncomfortable truths are labeled “fake news” by the government. Gateshead officials continued their propaganda post by declaring that there was “no scientific basis or credible evidence” to support the claims that the LED streetlights were causing health problems city-wide.'  ~ Ian Crane on Fracking Nightmare.

How to Win Against Electro-smog Naysayers 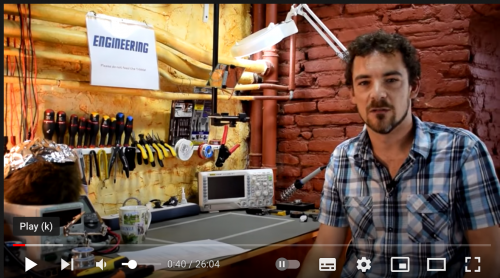 'The developed world has been installing the next generation of communications infrastructure for over a decade… Internet of Things… Smart Cities… 5G... Terms and Conditions already agreed through voting: Cashless global credit system Carbon allowance.  No ownership...  24/7 surveillance of everything... Forced vaccinations... Mandatory education.

'So to understand your position in this Global System, you must then understand you live in and benefit from an Industrial complex - A factory, namely your own Country. You are not expected to understand EVERYTHING that makes your Human Factory work. This is why impossible Laws were created with a language called Legalese and at some point recently you most likely voted in a sham election for representatives to look after your Country.  Science became the cornerstone of the Industrialised Age, leaving behind religion. Tesla’s inventions and the computer dominated the latter part of the 20th Century giving way to Industrialised Countries becoming Global Superpowers. Globalisation, money, power, technology and status just made Humogenising the Masses more efficient.'

During this chaotic time it’s extremely important to take note of the advancements of legislation and political maneouvers which threaten our liberty and privacy.  First, on March 23, the 5G rollout progressed even further in the USA with President Donald Trump signing a bill aimed at “securing America’s 5G infrastructure.”  Trump cannot possibly be aware of health studies of 5G

DARPA :  'The aim of the program is to remotely disrupt political dissident and extremism by employing transcranial magnetic stimulation in tandem with sophisticated propaganda based on this technology.'  (5G) 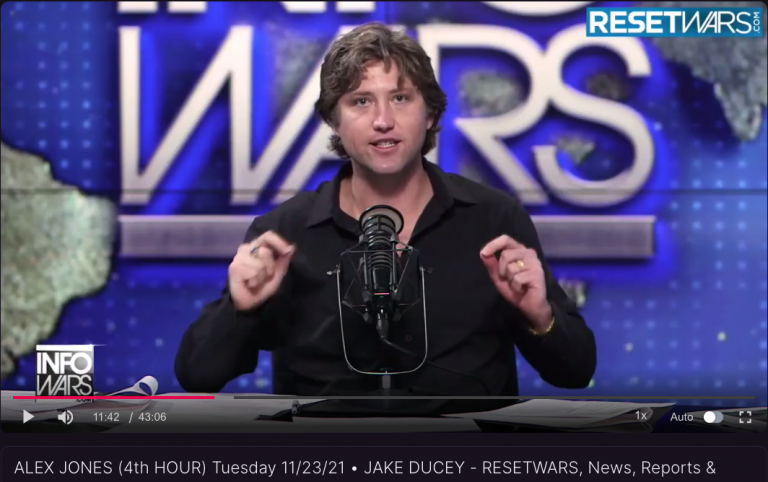 How 5G Has Dangerously Taken Over Planning Regulations In The UK

Writers and organisations about 5G

Smombiegate have linked area groups and graphics to use.

SYNTHETIC ARMAGEDDON is an ongoing information collection about the environment and dystopian trends observed by the author; in particular advances in AI with biotech, which runs against nature.